Moving across the world sounds like a big shift, but some things here are more different than others. Here’s a shortlist of five things that had potential to change with our decision.

1. Residence. From our quaint Glen Rock house to a spacious twenty-fifth floor apartment, our actually living space has changed quite a bit. In Singapore, it seems that you need at least a 1:1 ratio of bathrooms to humans dwelling in the residence, so for that reason, we have five. Penny was most surprised at the way the elevator opens directly into our living space and when leaving the apartment, she has a tendency to aggressively click the down button in such rapid succession that I fear it will inevitably stop working. 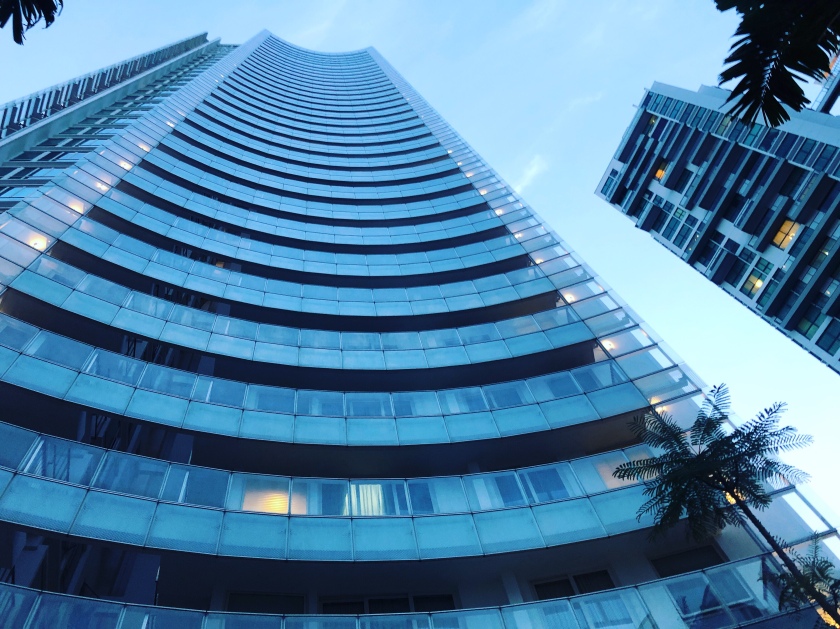 Our apartment building in the early evening

2. Transportation. Both Seb and I used to have separate Garden State Parkway commutes that could take anywhere from 25-50 minutes depending on time of day. While we settled in Glen Rock because it was a town with a walkable downtown, most days we were a two-car family. Now, Seb gets to work via the subway, riding the local line three stops. I’m a more heavy user of the city buses, which are reliable with a stop conveniently located at the end of our street. We do a ton of walking, which I’ve found to be surprisingly effective supplemental exercise between the temperature, the hills, and the fact that I’m always either wearing or pushing two small children. 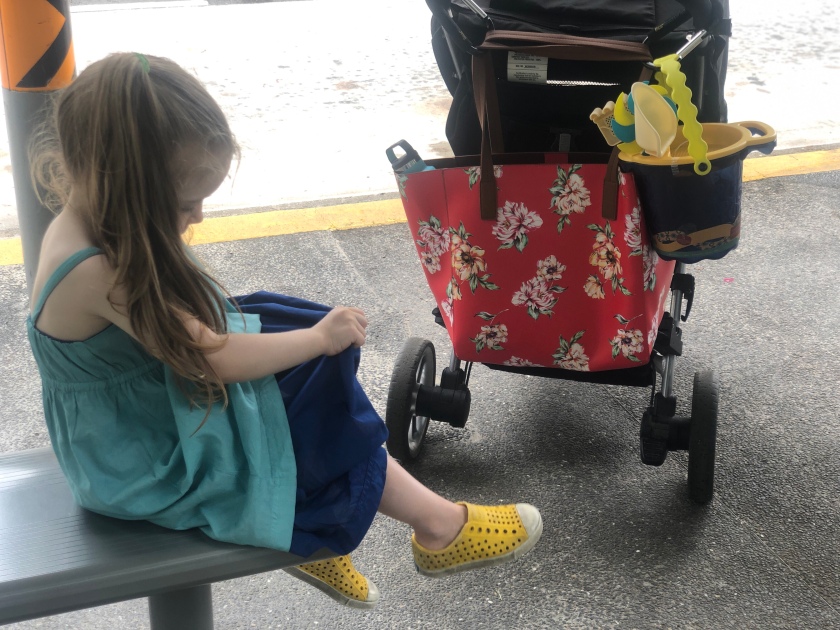 Waiting for the 54 bus, which takes us to our favorite playground in less than 10 minutes.

3. Support. In New Jersey, we were lucky to live an hour from our parents, which meant the kids saw their grandparents often. This was the arguably the hardest thing to knowingly do without for the next two years. In Singapore, we’ve added a lovely new member to our family, our live-in helper, Jona. She has made the adjustment much easier on all of us and I can’t imagine facing the week ahead, in which Seb is traveling to two separate countries for work M-Th, without her support. Still, we are hoping Grandma and Nanny & Da book their flights to visit us soon.

4. Recreation. So far, we’ve found it easy to continue to do the things we love here. I immediately found a Crossfit affiliate that had robust class offerings. Seb found a weekly soccer meet-up. There’s much less pressure here to enroll small kids in extracurriculars like kickball or soccer, but all the preschools we looked at do offer choice-based supplemental programming in athletics and arts. Penny has been talking most enthusiastically about exploring gymnastics and continuing her love of running by participating in the Crossfit Kids classes which start at age 4. We all definitely do more swimming now. And we still read a ton of books, the library being our most frequented Singaporean destination so far. 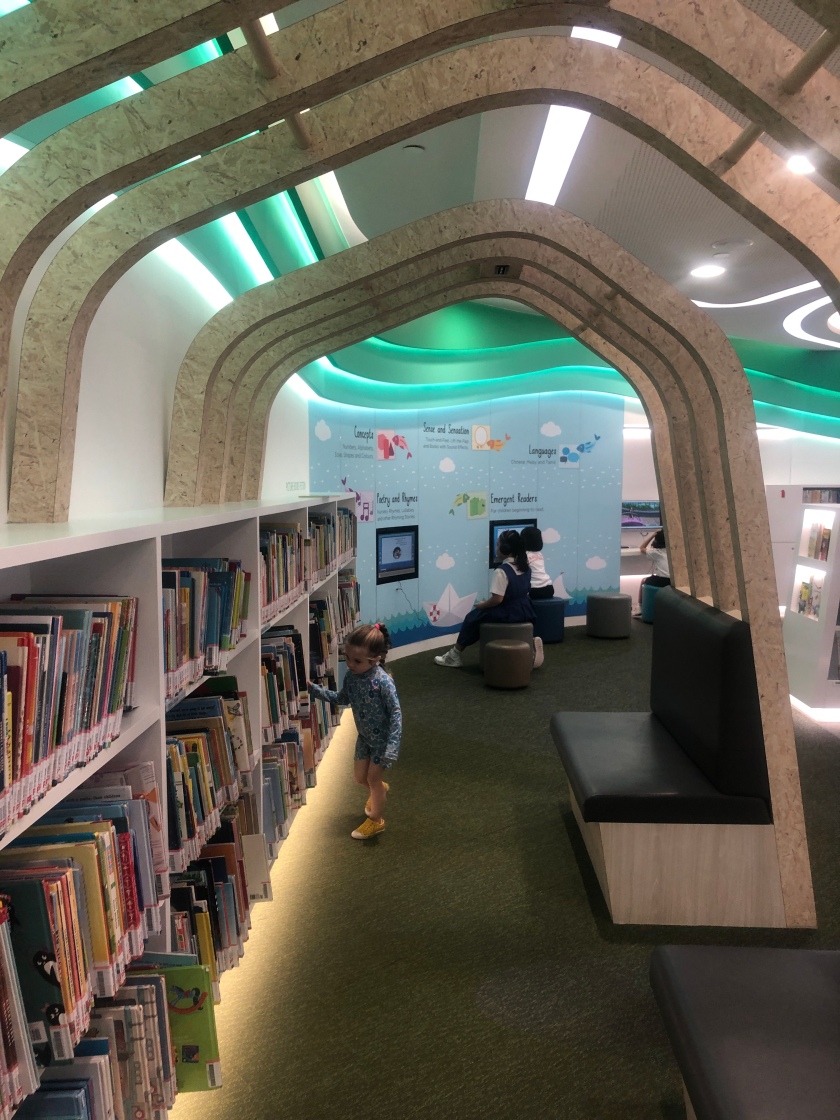 Penny browses the picture book stacks at the library@harborfront

5. Culture. It seems so far that by living in Singapore, we can broaden our culture and tradition without forsaking anything too near and dear to us. As a nation, Singapore has their own secular holidays while also observing public holidays for all of the major races and religions represented. Penny will be relieved to learn that even Halloween is celebrated in one particular neighborhood each year, allowing expat kids to have continuity in the annual tradition of picking a costume and overindulging on candy. Our first new holiday is National Day, slated for this upcoming week, which commemorates Singapore’s independence from Malaysia. We hear the fireworks and jet flyovers make it pretty epic.